The San Francisco Bay Area has always been a haven for the creative and unconventional, and the city of San Francisco has been recognized as the unofficial cultural capital of the region. In recent years, though, there has been a dynamic shift in demographics as artists and creative types flee San Francisco as rising costs have diminished affordable living and work space. Now Oakland, the so-called “Brooklyn” of San Francisco, is showing its elasticity by taking in many of San Francisco’s displaced residents. For the exhibition A Common Thread, artists Modesto Covarrubias and Mercury 20 member KC Rosenberg collaborate as long time East Bay residents. They comment on the shift of the region’s cultural center, and the exodus of artists and artisans from San Francisco to Oakland and the psychogeographical transformation. Their work takes a cue from the way the area has begun to reshape along the urban grid, and the revitalization of areas into new hot spots stacking up on the layers of history.

The culmination of their collaboration is entitled Urban Abstraction. The collaboration was borne from a conversation about creativity and culture in the Bay Area. Rosenberg and Covarrubias decided on a framework to begin the piece and over the course of several months they independently developed a section of the artwork. Conversing throughout the project, each began to reconsider, borrow, and merge their ideas and materials. The light translucent material forms a stitched grille and the more dense matter piles up to intersect at places, conveying that it is not one or the other that is more important but the interchange that formulates the final installation.

Urban Abstraction is a site-specific piece that has been assembled for the first time within the gallery space of Mercury 20. 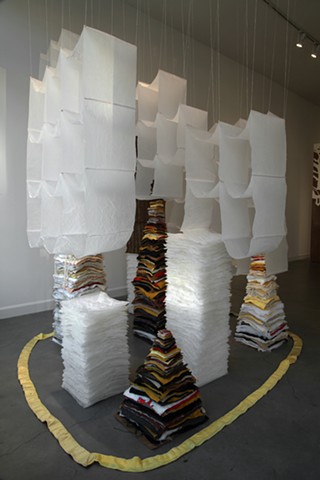 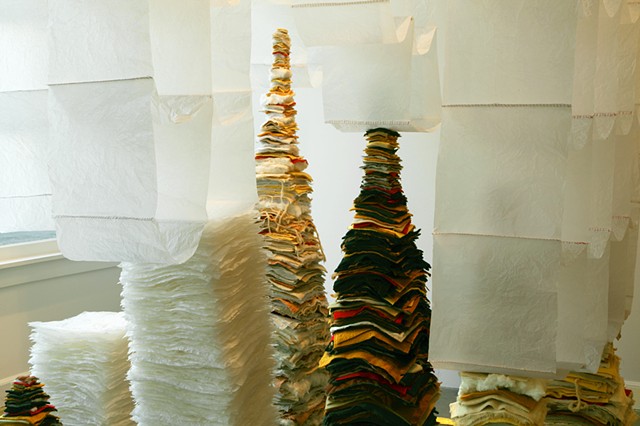 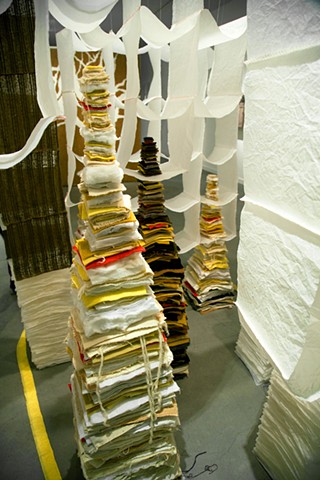 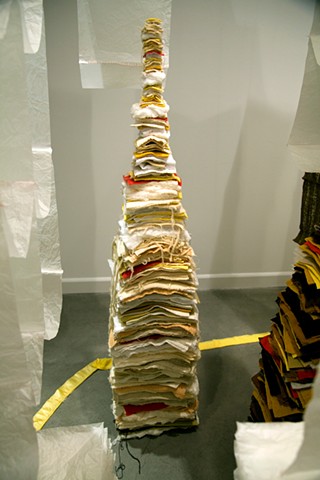 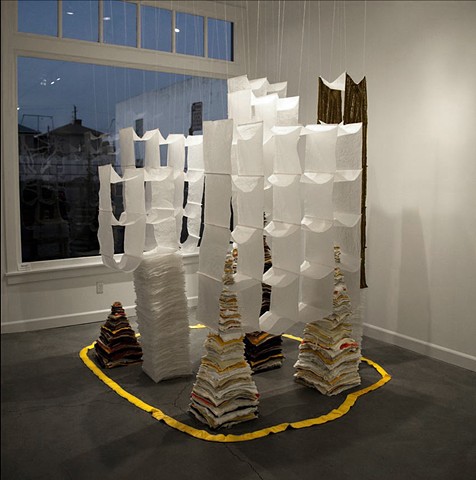 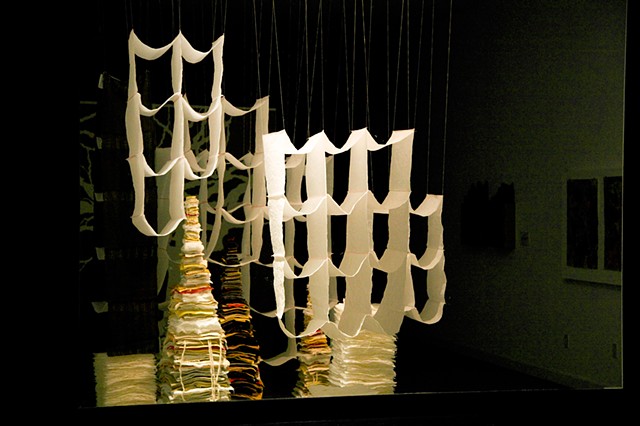 Urban Abstraction was on display as part of the exhibition A Common Thread: Oakland at Mercury 20 Gallery in Oakland, California, from February 26 to April 4, 2015.